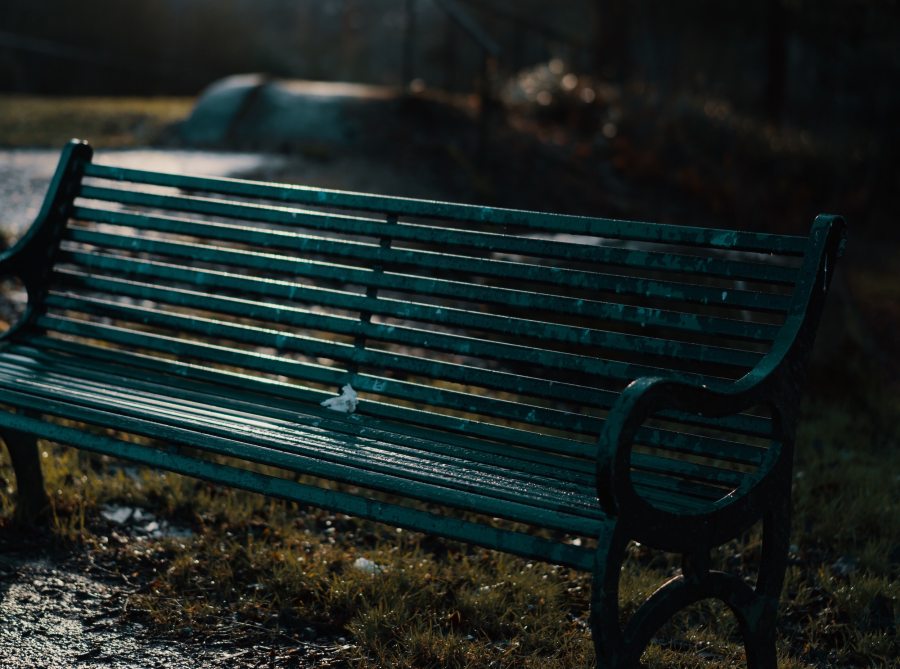 The parcel of land goes by many names. Hellstrip, planting strip, outlawn, greenway, verge. It is that space between the sidewalk and the street, a sort of no man’s land that might be filled with sod, a tree, or dirt piles and dandelions.

The verge in front of our home was largely barren when we moved in, excepting patches of telegraph weed, clumps of three-cornered leeks, and a mature shade-giving hackberry tree.

As we slowly worked to make both the house and the yard into our home, our thoughts turned to that verge, which we couldn’t help but call the hellstrip for its desolation.

We wanted it to be beautiful, a pleasure for our own eyes gazing out from our front window or front porch and a gift to our neighbors and passerby. We wanted it to be hospitable, both to our own young children and to those who found themselves guests on the sidewalk before our home.

After trial and error, we found a handful of plants that could thrive in the poor, dry soil: lemon balm, Spanish lavender, lantanas, nasturtiums, and California golden poppies. We purchased a black metal bench and planted it under the hackberry’s constant shade.

We hoped it all said, “Welcome.”

As the plants began to grow and bloom, the neighbor kids began to increasingly gravitate to our front yard, trampling the plants and plucking out the flower petals. I had never been so sorely tempted to tell someone to get off my proverbial lawn.

In those moments, I tried to reflect on the general dearth of flowers and plants that could interest the senses along the block. Of course this lavender was drawing in the children’s long-frustrated urge to pluck. I had wanted this patch of earth to serve as a welcome mat, had I not?

And the bench. Within an hour of setting out the bench, we’d seen a neighbor we had not yet met carrying it off toward her house. When I rushed out to say that we weren’t actually giving away the brand new bench we had just carefully positioned under the tree, she dropped it where she stood and rushed off before I could say a thing.

Perhaps, I thought, the hospitality idea was a stretch. Maybe the bench should just be safely deposited in the back yard, behind the gate.

I thought of the older gentleman who walked down our street with great difficulty, leaning on his cane with no place to rest. I thought, too, of the fact that I had already excitedly mentioned to people that we were planning on a bench for the hellstrip.

We decided to return the bench to its place under the hackberry and secured it with a cable lock that would at least deter ill-prepared opportunists.

The bench is still there, nearly a year later. It’s almost never occupied, but occasionally it is. My eldest daughter often sits in it while awaiting her turn to be buckled into her car seat. I’ve seen neighbor kids sitting and playing on it from time to time.

There is also the occasional clue in the early morning that our bench has supported someone during their nocturnal wanderings. A scarf. A syringe cap. And once an empty bottle of ice tea, a cheap cigar package, and a young teen’s handwritten note to her grandmother complaining about how she always needs to grab something out of the bathroom while she is in there.

We mostly don’t know the people who have rested in our verge, but it is our hope that for a few moments they find themselves welcomed as neighbors. We are, likewise, grateful for the many flowers we did not plant and benches we did not build that have been there to greet us over the course of our lives.

SAM GREENLEE and his family make their home in the Oak Park neighborhood of Sacramento, CA, in the Sacramento River Watershed. He enjoys spending his free time with his wife and two young children and serving as an amateur community organizer.