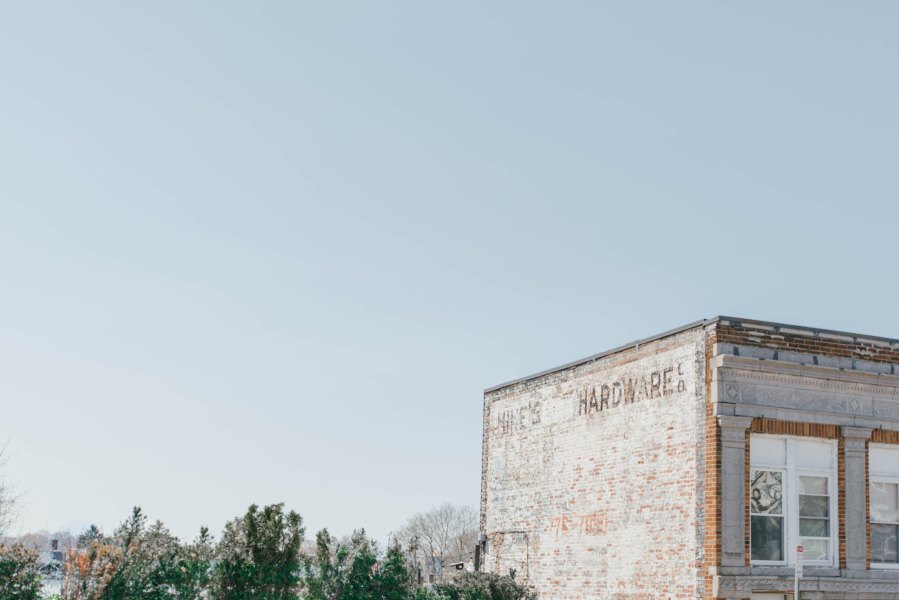 At night I dream of Pittsburgh.

I dream of a small studio apartment with a single jug of milk in the fridge, of a spring mattress and unmade sheets, and of a cat waiting by a half-full water dish. Of shades drawn and flickering shadows cast across the nighttime floor as I stumble through my apartment, there, in Pittsburgh. I dream of a life I do not live in a place I have never been. At night I dream of Pittsburgh.

Maybe I’ll work in the hardware store there. When I was growing up, Saturday morning meant going to the hardware store with my father. Maybe I learned enough, maybe they don’t care. Maybe I can get a job selling bolts and nails to people who fix things. Maybe I make enough on that job to afford my studio apartment and its one jug of milk. I dream of that kitchen table, with the vinyl chairs and the plastic laminate flooring underneath. I dream of the rice and beans I’ll eat there, tired but satisfied from my day at the hardware store, alone with my cat. I don’t actually have a cat.

I don’t know anyone in Pittsburgh, and in my dreams I still don’t. My coworkers forget my name, and I drift through life faceless. It’s not a bad life in my dreams, but it feels like it has been stripped of all tone, all color, all taste. It’s a life where I have disappeared and yet am still alive. It’s a life I long for some days, and it’s a life I know I wouldn’t want.

I was twenty-one the first time I realized I wanted to shed my life like a snake’s skin and never look back, that I wanted to disappear into the creases of this world and be forgotten. In Big Bear, California, there was a cabin for rent for $500 a month, a job opening at the local supermarket that would have paid just enough. I thought about it the day I only had enough money to buy rice and apples at the grocery store, with one hunk of cheese to go with it. I ate hot rice and cold apples for weeks, meting out the cheese and dreaming of a world where no one expected anything of me.

It’s been nine years since I was that hungry, but still I dream of disappearing. I think it’s something we live with—the urge to run away and never be found. The possibility of making yourself anew in a new place and wondering who you might be when no one is looking.

I’m not going to Pittsburgh.

I thought I would for a while. I’d dreamed of it so long and wondered so much that I looked at train tickets and checked out apartments online. I thought about schools and searched for jobs. I imagined myself there and I thought I would be happy. Then I didn’t go. Because if I have the possibility of happiness in Pittsburgh, then why not here?

And still, I dream. I dream of a life I don’t want and the possibility of fading into nothing. I dream of Pittsburgh still, and it haunts me like someone you might have loved in another life. At night the images and faces of the people I would know there, the people who wouldn’t know me, are seared into my mind. Yet I remain here, unmoved, because I want to be known, and I want the possibility of a life with tone and color and taste. I have decided that I do not want to disappear. I will not go to Pittsburgh, except in my dreams.

Deborah Pless is a writer and editor living in Cambridge, MA. Her previous pop culture criticism has appeared on her own blog and also on Bitch Flicks, and her poetry has recently appeared in Voice of Eve and Quiet.