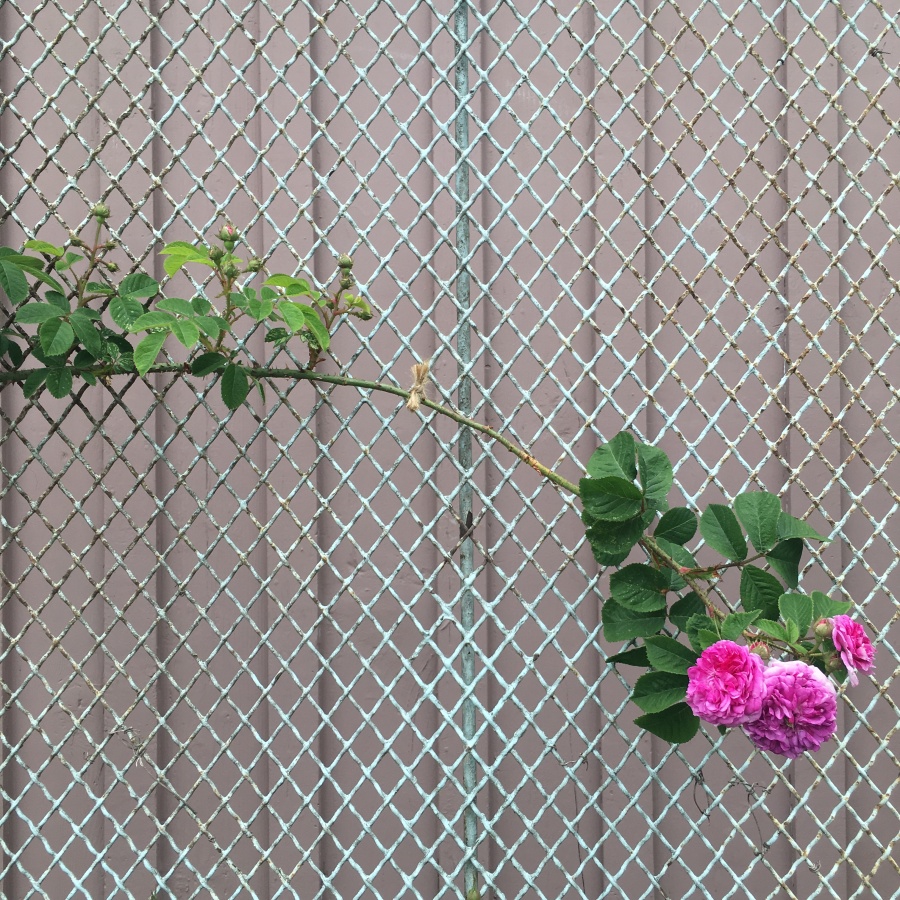 I see the blood before I can register the howls. The bright red liquid streams down the back of her hands and leaves a trail of droplets as she runs towards me. The front wheel of her bike still spins menacingly as it lays on its side. Her hands are clutched over her mouth, so I immediately fear a missing tooth, though she won’t bring her hands down enough for me to locate the actual wound.

After some gentle coaxing, she lowers her hands and the smears of blood on her face are easily wiped away, exposing smooth skin, browned even more than usual from the summer sun. No facial cuts. I ask her to open up and say “ahhhh.”  All teeth are still pearly and intact. I isolate the source to a single finger and a gash on the knee, both of which look like they had a run in with a cheese grater, but nothing at first glance that looks like it will need stitches.

We go inside and my brave girl stands by the sink so I can rinse the debris off of the scrapes. Her eyes are closed, lips tight, and her legs are shaking from adrenaline. She keeps breathing slowing in and out and in between sobs says, “I can do this. I can do this.” She only winces when I have to push the tweezers under the thickest curl of a gray skin flap to get a particularly stubborn piece of gravel.

One hour later, we are curled up in my bed, bandaged and splinted. It’s a hot evening, so we are both stripped down to our underwear. We lay skin to skin, something we haven’t done since she was an infant, and as I stroke her cheek, I instantly feel her entire body relax.

In that moment, with the last bit of sunlight fading from the windows, I swear I can feel love emanating out of my fingers. They are tingly and my heart feels physically pulled to the beating of hers. Her breath, still heavy from the sobs, begins to slow into the methodical cue of imminent sleep.

It is a heavy, primal type of love that feels like it could not only swallow the room but conquer the world. It is a love you would die for, or die without.

My kids listened to the news on the radio with me the other day as we were driving. We heard horrific accounts of families being forced apart at the border, not knowing when or if they would see each other again. I tried to explain it in a way that two young minds could comprehend the horror and relayed an analogy that I heard activist and author Glennon Doyle, Founder of Together Rising, use to describe the situation. She said if your house was on fire, but it was illegal to leave your house, would you leave it anyway?  Of course you would. When the news anchor started talking about the babies being pulled from their mother’s arms, my five-year-old daughter got tears in her eyes and asked me to turn it off, but I could not.

I think back to that night when all my daughter needed was my presence to console her in a time of suffering and can’t stop thinking of all of the children being denied that comfort just for seeking safety and refuge.

I picture my fingers gently stroking her cheek.

Now all I can think of is using those same, powerful fingers to flip through pages and scroll through documents, conducting research so that I can be better equipped to help dismantle a system that has been a part of our country’s fabric for hundreds of years.

I will use my fingers to sign petitions and fill in circles on ballots to affect change.

I will put them to work writing emails and dialing numbers to make my voice heard amongst elected officials.

I will clasp them in prayer to whoever will listen.

I will use them to grip protest signs and interlock them with neighbors.

l will ball them in tight fists when it gets to be too much to bear, knowing that some of the most powerful fists are the ones that unfurl to write.

I will use them to click the donate button to vetted organizations who are on the ground doing the hard and necessary work to reunite these families.

As I tucked my seven-year-old son into bed last night, all I could think of was the terrified children laying on a concrete floor with nothing but a foil space blanket. With a familiar lump forming in my throat, I asked him what he would say to the children and babies who were forced from their families. He looked up at me earnestly and said he would tell them, “You are special. Your parents love you more than anything and they will never give up on you.”

Marissa B. Niranjan is a mamma of three whose hands are rarely idle but need to get a whole lot busier because there is work to be done. She also whole-heartedly believes in Glennon Doyle’s philosophy that, “There is no such thing as other people’s children.”