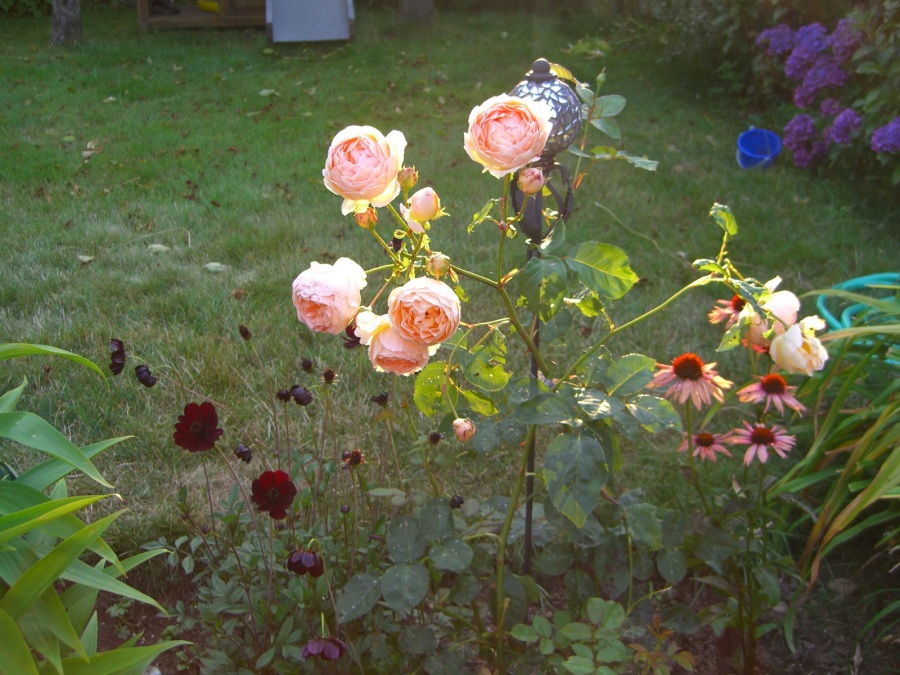 We were driving along the coastal cliffs of Croatia, the Mediterranean sea was shining below us with green islands smothered with white buildings and palms. Here and there exotic wild flowers dotted the roadside, whizzing too fast by my window to see clearly. “STOP the car!” I yelled. “Wild irises!” I had never seen wild irises before.  They were back-lit by the hot sun and swishing gently in the wind, beckoning me to get a closer look.

I immediately searched for what the native irises of Croatia were called so I could identify them. Perunika. Not the prettiest of names, but I became fascinated by the meaning behind it. They were named for Perun, the god of Thunder, a Croatian Thor of sorts. The mythology said that wherever Perun struck the ground with his lightning, irises sprang up from the ground.

Can a flower hold the spirit of a place?  The spirit of a culture? Could those irises, now sacred for Croatians, and environmentally protected, hold secrets from the past?  They opened a window for me. I smelled the same scent the followers of mythic Gods had along the jeweled sea. Those purple petals seemed to still hold the electric current from the lightning of an ancient past.

After my brush with Perunika I began to delve into the meaning and purpose flowers hold for different cultures. Every time I travel somewhere it seems there is a particular plant held dear by the people who live there.

In New Zealand I discovered that the whorly symbol for the silver fern is everywhere. On the unofficial flag, the airline, the railway, the rugby team, tattooed onto the skin of locals, and seen in the tribal art of the indigenous Māori people. It’s even used in food products, such as fernleaf butter.

My sister Jamie and I went on a moonlit kayak tour of the glow worms one night on our New Zealand road trip. Our guide told us about how Silver ferns were worn by the Māori people during night hunts to reflect the moon and confuse their prey, or were laid along a path to light the way. He picked one of the silver ferns off the side of the cliff walls and I held it in my lap as I rowed, in awe of what looked almost like iridescence. I was transported to a world with no other light than the moon, the glow worms, and the reflection of a frilled leaf. It was botanical magic.

Every market was decorated with pink and green. Blossoms, fake and real, were tied to rooftops. There was even a cherry blossom frapaccino at Starbucks! Needless to say, it was heaven. I was a pilgrim in search of the birthplace of one of my favorite trees, and I found a people who you could no easily remove from the idea of cherry blossoms as you could remove cherry blossoms from them. I was wrapped up in the beauty of their culture like cherry blossom jelly wrapped in matcha mochi.

And only to reiterate my views about a flower holding the spirit of a place, I was posting cherry blossoms left and right on my instagram, but when I accidentally called a peach blossom a cherry blossom a girl from Vietnam was quick to correct me. She kindly let me know that peach blossoms were Vietnam’s flower, and cherry blossom’s were Japans. I think I was giving her an identity crisis.

Flowers have special meaning in religion as well. The lotus (or water lily) is a spiritual flower for Buddhists. It symbolizes a person’s path toward enlightenment from the mud and water.  It is said that when Buddha was born a lotus flower grew out of each place he stepped. Statues of Buddha are often depicted with him sitting on a lotus or holding one in his hand.

In May Catholics decorate statues of Mary the mother of God with flower crowns. In some cultures there is a procession with the statue and school age children, songs for the Mother of Christ, and culminating in crowning Mary’s head. This tradition originated with the pagan holiday of May Day where flowers were gathered and people would dance around the May pole. Maidens would make flower crowns then put them under their pillows with hopes of dreaming of their future husband.

In India flowers are used for all sorts of religious practices, decoration, garlands, and ceremonies.  One of my favorites is the Rangoli, a flower carpet made for the rice harvest festival. Intricate patterns are made from different colored flowers to welcome the spirit King of the rice harvest. They look like large geometric shag carpets.

During Dia De Los Muertos, or The Day of the Dead, marigolds are used to adorn grave sites to help guide ancestral spirits back to their families with their bright colors and scent.

Is something like that possible?  Perhaps the idea of a passed loved one is enough of a return and comfort.  I’ve seen it in my own life, and flowers are also the catalyst…Every time my mother sees a peony she remembers her father. He used to recite a poem about peonies whenever he would see them. Even when he was suffering from Alzheimer disease he still stopped at the pink peonies in my mom’s garden and recited the poem.  Neither my mother or I can remember the poem, but somehow peonies have made a part of my Grandfather live on.

Flowers have a way of bringing us to a deeper, more powerful existence.  They connect us to each other, to those beyond the grave, and even to other imagined worlds.

About a year ago I posted a picture of a dandelion going to seed on my floral instagram (@flora.forager) and asked my followers what they call it in their country and if it had any special meaning. It was so fascinating to see the different names, including Clocks, Wishes, and Blow Flowers. Best of all was learning that many cultures tell their children however many blows it takes to get all the seeds to fly away is what time it is in Fairy Land. When I blow dandelions I always make a wish, and I always hope it will come true.  Now it feels as though I am connected to the fairy land that is waiting in the imaginations of children all over the world.

When I lost a child early in one of my pregnancies I buried it with my rose Jude the Obscure and a bunch of forget-me-nots. Jude still feels like a babysitter of a part of me that was lost. In a way it’s a comfort to be reminded when he opens his luscious yellow blossoms and his lemon scent fills my garden. He feels like an old friend to me, letting me know that he is taking care of a small spirit I cannot hold. 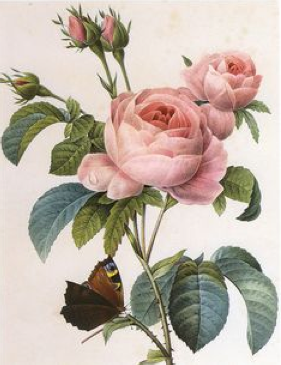 Like the cottage rose growing in my front garden, most likely grown from an old European root, planted by the sea, then taken from its house when it was burnt out and falling down, grown carefully along the fence in my mother’s garden, and then a piece given to me…flowers live on when humans do not. When my cottage rose opens, I breathe in a European flower farm, the Salish sea air, my mother’s love and the hope of a new garden. Cultures, religions, parents, and childhood fades, but flowers live on.  And the spirit of those who loved them lingers forever.