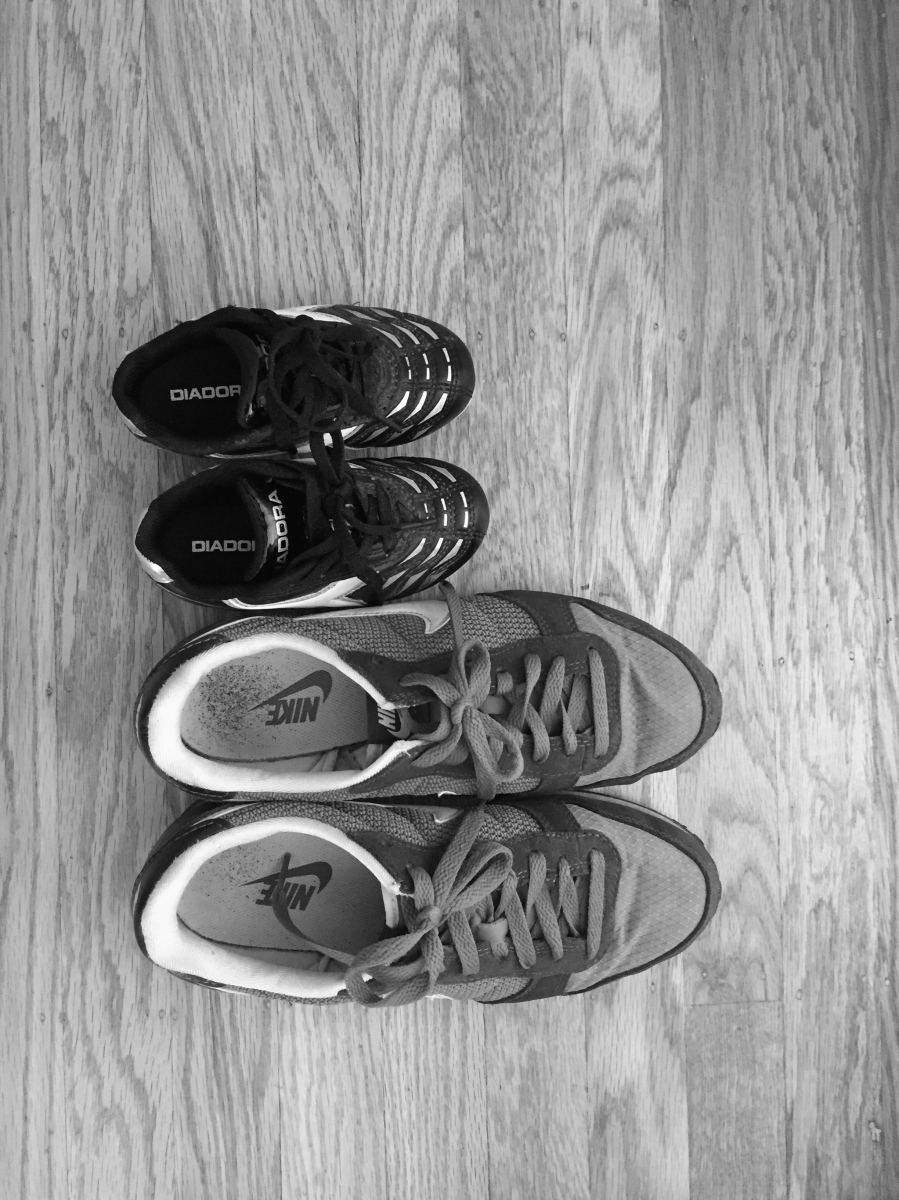 All of my years in the classroom made me shudder at the thought of becoming a helicopter parent, those well-meaning and well-coiffed moms circling just outside the door ready to conference about every perceived injustice, ready with an excuse why their beloved child had not turned in the assignment.

I vowed never to do it.

Only that’s the problem with making vows about parenting before actually becoming one. It’s like promising to never breath air while still in the womb. Because here I was standing in a muddy field at toddler soccer camp staring down a four-year-old who had just gone out of his way to push my two-year-old for the third time.

“Hey!” I said, locking eyes with his. “Do not push him again.” And, then I waited—without blinking—until this boy dropped his gaze. When he looked back at me, he raised his fist and shot a Spiderman-web or a voodoo curse in my direction, either was possible with this kid.

His nanny had yet to look up from her phone.

You should know, I despise conflict, hate drawing attention to myself the way some people fear death, but something in my gut told me this moment mattered, so I conjured up the most mafia face I’ve ever made and shook my head, slowly. Do it, my eyes said to this four-year-old tyrant. Push him again, and I will come at you.

Okay, so maybe not my finest parenting moment.

As soon as it was over, I felt my cheeks flush with embarrassment. What did the other moms think? Did I overreact? But here’s the truth of it: that kid didn’t push Benjamin again. I watched him start to a few minutes later and then he looked up, caught my eye, and went back to playing soccer.

So, why do I tell you this?

Last month I watched my son on the playground when a boy yanked his hair, and I didn’t intervene. He didn’t cry, didn’t fight. He just stood there, stunned, and when it was over he asked to go home. I didn’t think I would need to teach my toddler to say, “No!,” but I do. We sat on the rock wall, just outside of the park, after the hair-pulling episode, and we practiced yelling “No!” At first, he looked at me like I was crazy, but then smiled and said, “Again, mom. Yell again.”

Something like permission washed over both of us. I’m not sure I’ve ever said “no” with such conviction, certainly not in public. It was a rush.

I think brave acts often look like madness; do them anyway.

You should know that my boy—shy as he is—can also be a stinker, but in all my efforts to get him to share his toys and to say, “Please,” and “Thank you,” and “Excuse Me,” am I also teaching him how to speak up? And not just to speak up for himself when someone hurts him, but to defend others too? Am I modeling that for him?

It’s the kind of soul searching that can unearth more discomfort than I care to admit. It’s no great secret that a bully thrives in silence, and I would much rather bite my tongue than speak. Much rather head home than confront, and my boy is watching me, learning most from what I do.

The bully is a tired trope, alive and well in soccer fields and comment sections. Long before The Donald started doling out twitter threats and Bill Cosby put on his wholesome cardigan to cover-up everything underneath, the bully existed; Cain’s proof of that.

So how do I raise my son to be kind, but also to not shy away from speaking out against what is controlling? To stand up against darkness that is on the prowl for what is weak and innocent? How do I get my quiet boy to see that if there’s anything worth the risk of going out on a limb for, it is that?

We went back to soccer practice this week, and, frankly, I was dreading it. But we were there, ankle deep in mud, because I know that this isn’t the last bully my son will meet, and even more than shouting “no” on a stone wall, it is my actions that speak loudest.