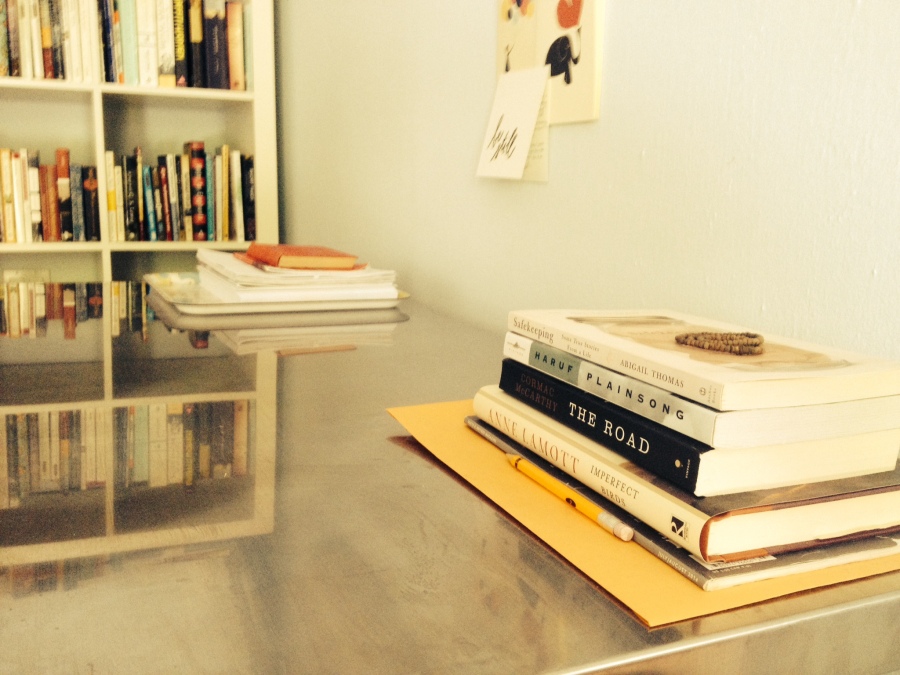 I found a necklace in the dirt under our lilac tree earlier this week. For a moment, I thought it was living, its round wood beads strung tightly together like the belly of an earthworm popping up through the ground. But as I bent down to free it from the dead leaves, I saw it was just a cheap strand.

Small, for a child’s neck.

I picked it up anyways and brought it inside, washing it carefully in the kitchen sink and letting the water free it from all those layers of dirt.

We never met the previous owners, but I know they were in the final days of a divorce and that it was her name, hers only, that remained on the title. When we moved in, there was a trail of left-behinds: a half-eaten bag of corn from Trader Joe’s forgotten in the freezer, and a smashed glass under the basement stairs, and wadded up bed sheets tucked inside the yard waste toter, and unopened air filters that were too thin for the furnace they were meant to fill. Almost as if she had left mid-move, tossing her arms into the air, like, Good enough.

I don’t know anything specific about their story, but I’ve lived through enough twilight days to know the end of anything can feel never-ending. Maybe that’s why I felt all weepy rinsing the necklace of a little girl I would likely never meet, or why that tiny strand now sits curled up on my desk. For some reason it feels tied to writing, and I cannot let it go. 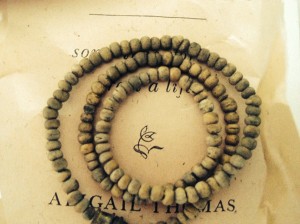 I wrote my first story in the fourth grade. It was about a girl in a car with a mustard stain on her shirt. That’s as much as I remember. I spent the next few years coming up with stories, scribbling out thoughts, making terrible confessions. The writing, however, came to a swift end after my mom stood in my doorway clutching the spiral notebook I kept under my mattress the way some mothers I imagine would hold a baggie of heroin. She was horrified that something so angry and sad could come from me, and, which I now understand, was to her a deeper shame because I had come from her.

Like the good girl I was trying to be, I turned all those ideas and thoughts and list-making inward, though I couldn’t articulate that yet. Shy and sensitive, I saw the world differently than she did. Not because I was angst-ridden, but because I saw both darkness and light in the world around me. To only see the light is to miss why light matters. I didn’t have words for that yet, either. Instead, I did what many girls do when they want to be good: I counted calories and exercised and studied those three numbers on the scale as if they alone determined my value, and, frankly, they did. What else was I working on?

I made goals and let others applaud my self-restraint as my chubby frame thinned and my hair fell out in clumps. All the while knowing full well that the darkness was growing, not diminishing. And, while my body might have looked thinner and my behavior appeared more restrained—disciplined, even—I was jumping into a decades long fight that would snuff out any mental energy for writing.

I found myself at 30 alone in the studio I was renting, trying to piece together what it actually meant to live a life, not just act as though I was alive. I asked for healing, and got a blank page, a pen, a quiet room, and a handful of friends who told me to write.

What I found when I did astounded me. I discovered that buried under layers of numbness, my own thoughts were waiting. My own opinions. My own dreams. They’d been dormant for some time, but they were there, just waiting for me to scoop them up, run them under some cool water, and lay them out on the page to dry.

Mary Oliver says, “The most regretful people on earth are those who felt the call to creative work, who felt their own creative power restive and uprising, and gave to it neither power nor time.” Sometimes I can hear those words in my head when it is still dark outside and the bed is warm, and I know if I want to stay tucked in no one besides me will know or care. On the mornings when I heed that call, I am never disappointed. Not because I always write something I like, but because I have found something precious that for many years I didn’t even know I had lost. 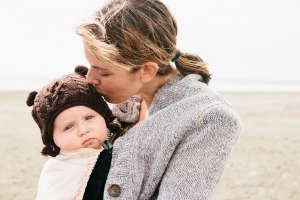