My teenage fashion sense leaves something to be desired. How many witty t-shirts does one girl need?The most dangerous road in the world travels from La Paz to the Yungas. Sixteen of us crammed into a Toyota Forerunner to make the trip.

When I was 16, I spent the summer in Bolivia with my high school Spanish class. For six weeks we traveled by airplane, bus, and Toyota Forerunner from the cold altiplano of La Paz to the humid jungles called Yungas, from the laid back metropolitan streets of Santa Cruz to the rustic simplicity of the tiny village of Charagua in the countryside. There, in Charagua, the power went out at 2 a.m. every night, and we dragged mattresses out to the street to look up at the stars, the Milky Way a bright white ribbon stretching across a black velvet sky. We ate tripe soup, thin grilled strips of cow heart, drippy egg sandwiches from roadside hibachis, fresh rainbow trout from Lake Titicaca, chicken that had been alive earlier in the day, a whole roast pig. We sang and did skits in churches and parks, painted a mural at an orphanage, danced in a nightclub, hacked a path through thick jungle with machetes, got attacked by mosquitoes, listened to Ricky Martin for the first time. A blue-eyed Bolivian man kissed me. My young heart was aflame with the romance of another culture, and I thought I would be a traveler forever, speaking Spanish fluently and wandering through el campo, a breezy, boho, Free People-clad nomad. 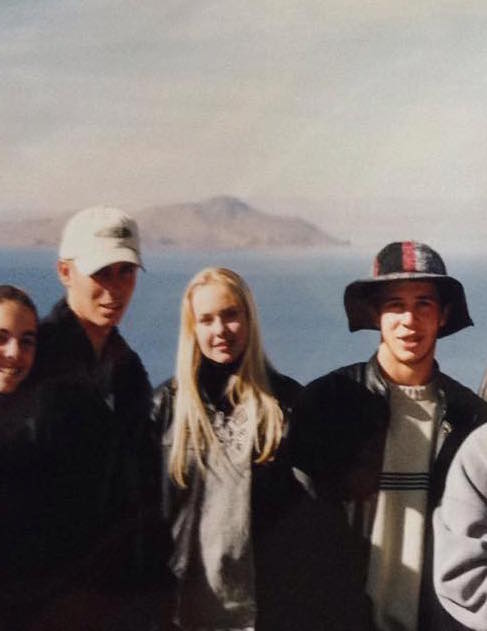 I’m not sure what happened to that girl. Even though our trip was planned out for us, my teenaged self was adventurous, up for anything, eager to explore, confident. Maybe it was the move from my hometown to a new city a month following my return from South America, my senior year spent starting over and trying to make new friends amongst kids who had known each other since kindergarten. Maybe it was the young marriage and subsequent divorce that made me question everything about myself and the world I thought I knew. Maybe it was the years spent struggling to find my place, knowing I had more to offer than my waitressing job would suggest. Whatever the reason, ‘wander’ soon gave way to ‘pay bills,’ and the outgoing girl with the big dreams lost her way.

As I’ve gotten older, I’ve settled more deeply into the first born, perfectionist, peacemaking, people pleasing introvert role. My new default is to play it safe, dream big but expect little, and try not to be overwhelmed by the restlessness of my small and pleasant life. In a culture that encourages moving up and moving on, whether it’s a new job, a bigger house, or a more fashionable neighborhood, I thought maybe the most revolutionary thing I could do was stay. Put down roots. Build community. Stick around. And I still believe that, but I read about friends traipsing solo across Africa, taking photographs and advocating for humanitarian sustainability, or women doctors operating on fistulas, or those helping girls escaping sexual slavery, and I get a little wistful. Could I be doing more?

It’s no surprise to me that I’m a total bookworm. I read a lot so I thought I was adventurous, but I’m realizing that living vicariously through the experiences of characters stumbling out the backs of wardrobes into a wintery wood, being kidnapped aboard a spaceship to Malacandra, or tesseracting through the universe isn’t quite the same as riding a camel in Egypt, climbing to Machu Picchu, or eating my way through Italy. We are so privileged in this country to even contemplate wandering, whether it’s making life and career choices, traveling the world, or getting lost in the pages of a book. So many people don’t have the freedom or the energy or the money or the time to see past the next meal, the next paycheck, the next beating, the next ‘client.’ I don’t have any illusions of being some sort of savior, but I would like to bear witness to the beautiful diversity and the heartbreaking suffering of this earth, both geographical and human.

I don’t know what that means for me as a mother of two young children with a home and animals and a garden to tend. For now I have A Path Appears on my nightstand, and my five-year-old daughter and I are poring over the newest copy of National Geographic. I’m learning about the power of education, micro-finance, art therapy, and sustainability. And I’m dreaming about reclaiming my 16-year-old heart and becoming the woman I was made to be.