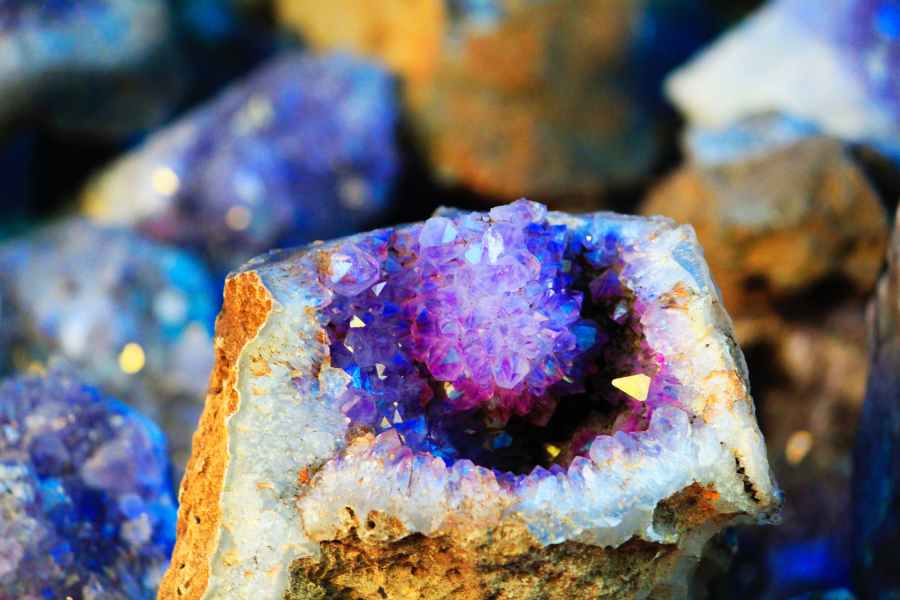 In the past two months, I have lost my home, my possessions, my job, and my church.

I’m not a natural disaster victim. I didn’t do anything wrong. My partner didn’t leave me or die. All of these losses were voluntary. I lost them in order to gain something far more precious: my health. Allow me to explain.

I’ve been sick for a long time with chronic conditions and mystery symptoms. Some things were diagnosable—autoimmune diseases, hormonal imbalances, viral reactivations, and nutritional deficiencies. Others were more elusive. In the fifteen years I sought treatment, I’d seen medical specialists for nearly every system in the body; had CT scans, ultrasounds, bloodwork, scopes, studies, radioisotopes, and monitors; worked with a naturopath for years; took handfuls of pharmaceuticals and supplements daily; and tried every detox, protocol, and elimination diet you can imagine.

One day, sitting with my N.D. (naturopathic doctor) and going over labs that showed we had successfully balanced hormones and vitamins that had once been all out of whack, I was frustrated and near tears. I didn’t feel better. In fact, new symptoms had emerged—like heart palpitations, my hands turning blue, and being unable to get warm at night, even with layers of blankets and a warm house. I’d already seen a cardiologist, who had no answers after a month of heart monitoring. And my fatigue, migraines, joint pain, memory loss, and mood swings weren’t any better. What was wrong with me?

I asked, “What about Lyme? Or mold? Or…I don’t know. I just don’t think we’ve found the root cause.” My N.D., equally baffled, agreed to investigate further.

Fast forward a couple of months and I was sitting in a different office with a biotoxin specialist. She ran labs on me that no one ever thought to do before. And we finally made it to root cause. After fifteen years of searching, I finally had the answer I’d been seeking. There were times when I’d said I didn’t even care if it was cancer, as long as I could at least know what was stealing my life away. But it wasn’t cancer, thanks be. And it wasn’t Lyme. It was toxic mold exposure and multiple chemical sensitivity.

Imagine your body has a bucket where it puts toxic stuff coming in. Pollution in the air, pesticides in your food, toxic chemicals in fragrances and beauty products, and mycotoxins produced by mold. When the bucket gets full, you have symptoms—nausea, fatigue, rashes, respiratory issues, joint pain, autoimmune diseases, etc. Everyone has a bucket. Most people also have a scooper to empty that bucket—their detoxification pathways as their body filters and removes toxic matter. But genetically speaking, I don’t have a scooper. My body doesn’t make the antigens to go after the toxic stuff, so my immune system is simply confused and ineffective while I’m in a constant state of inflammation and slowly being poisoned by my environment. My bucket is full to overflowing all the time.

I live in the Pacific Northwest where water damaged buildings and wet conditions are common. Initially, I was angry. How could no one have thought to test me for mold illness in all the years I’ve sought answers? In Seattle?! Especially when mold illness experts estimate that 25% of the population has the HLA genetic variant that makes them susceptible. I.E. no scooper. My husband was angry too. Why had it taken so long to get answers? Why did he have to watch me suffer for so long?

I thought of the countless family outings I’d missed, the days spent in bed when my kids wanted to play, the times my pain and exhaustion made it nearly impossible to function, but I had to manage my home and job regardless, so I became overwhelmed and agitated. So agitated that my children’s voices and touch were like gunshots in my head. There were countless times I’d blown up at them or retreated from them to try to cope. I thought of the friendships I had difficulty upholding, becoming more and more introverted as the years went by. Writing projects that had spent so much time dormant while I was too sick to work and too foggy to think. My outdoorsy husband’s disappointment at my inability to hike and play with him. This illness had gone on for so long and stolen so much.

But this diagnosis was a doozy. People call my genetic variant “the dreaded gene” because it makes you susceptible to so much of our toxic modern world. People like me are the societal equivalents of canaries in the coal mine. Toxic stuff isn’t good for anyone, but those without the mechanisms to remove it are the first to fall. I’ve met others with mold illness or chemical sensitivity who can never eat in restaurants, who have moved into tents in the desert, or who have to wear a pollution mask in public at all times.

The first thing I had to do was get away from the mold. After testing work and home—both beautiful historic buildings, and both water-damaged—it became clear we needed to move and resign my job. We also had to sell, give away, or trash 95% of our possessions—everything except nonporous materials like glass, metal, and ceramics. I wouldn’t be able to recover without extreme removal from mold exposures, and porous items couldn’t be reliably cleaned of microscopic mold toxins. Our church was in another century-old building, and we had to walk away from the small vibrant spiritual community we had invested years in.

In a matter of two months, we moved into a rental, had an estate sale, took a literal ton of things to the dump, put our house on the market, and said farewell to our church. I resigned my job, started aggressive treatments for mold toxicity, and spent countless hours reading and researching about my condition. My husband had to scour our new rental with vinegar and baking soda to make it safe for me. Our kids had to let go of their toys, books, and stuffies.

Oddly, one of our smallest sacrifices moved me most. Our hunter cat had to trade a third of an acre prowling grounds for a postage stamp lot. And we had to leave behind his sister’s grave under the lilac bushes at the old house. I’d been fairly stoic through the demolition of our life, focusing on the many tasks before us. But the night I moved him from the old house to the rental, I cried like a baby for his losses, which he would never be able to understand.

We’ve been lucky, though. I know that seems a little crazy, but there are people with these illnesses whose families neither believe nor support them. People who go bankrupt or become homeless trying to get away from the mold while sick and unable to work. The treatment can be expensive and practitioners who really get it are hard to find. There are people who die because they never get the right diagnosis, or they can’t get access to treatment.

I’ve had an incredible doctor who knows what she’s doing and has directed me to her recovered mold patients for advice and encouragement. I have—seriously—the world’s most supportive partner who rises to these occasions with a sense of joy and adventure. His untold hours dealing with our stuff and getting the house spiffed up for sale were like a perpetual party for him. And much of that was because our community—coworkers, church members, friends, neighbors and family—all showed up for us in various ways. There were monetary gifts, man-hours, many prayers, and expressions of care. Even our kids have weathered this gale with grace and trust. There have been tears of loss, but also gladness over their new clothes, new toys, and getting their own rooms for the first time when we moved.

Even the exercise of letting go of our possessions hurt-so-good in the way a detox or a hard workout does. I’d KonMaried my house more than once, but I couldn’t believe how much stuff we had crammed in there. Managing it had become a source of anxiety and frustration. And now it’s gone. And I don’t ever want it back.

Except maybe the books. Those I still grieve.

I may have lost my home, my possessions, my job, and my church, but I am not homeless, without work, or lacking a spiritual community. I have a lot less stuff, but I have more than enough. And more than that, I have a path to be well, to be fully myself again.

And that’s the secret, isn’t it? We can lose the containers for our lives—jobs, houses, churches, things. Even people. But the internal unseen matter of our lives can’t be so easily lost. Friendship, tenacity, bravery, love, self-sacrifice, faith. These things remain, even flourish in the face of adversity. Like a geode that you have to break open to see its beauty.

And sometimes what looks like demolition is really just the beginning of restoration, if we only have the courage to believe it. 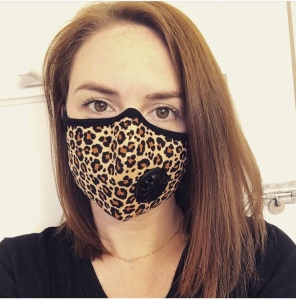 J.M. RODDY is a Seattle-based freelance and fiction writer, a wellness addict by necessity, and a pursuer of whole-hearted living. She may have to be a “bubble girl” while recovering from mold illness, but she plans to do it in style.